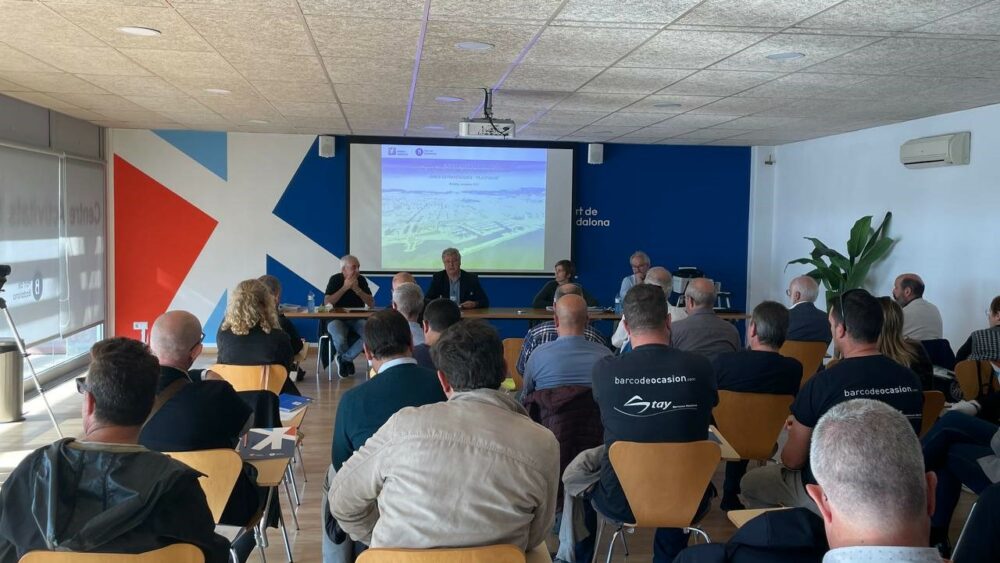 Marina Badalona has already started the participation sessions of the Plan of uses of the port of Badalona. On the first day, held on Tuesday, November 8 in the nautical activities room of the port facility, Imanol Sanz, manager of the port, was in charge of presenting the process explaining the strategic lines of this special plan, the need to take it today and what final objectives it has to improve the port itself,  and incidentally, the city of Badalona.

Subsequently, the architects Albert de Pablo and Silvia Compta have shelled each of the main novelties provided by the project of the new plan of uses presented. On the one hand, they have exposed the most significant changes to improve accessibility to the port with public transport, on foot and by private vehicle. On the other hand, they explained that the port is divided into five large areas depending on their uses: Quimet Costa dock, Captaincy dock, North dock, channel and pier of Ribera, and finally, the breakwater and the beach of the Marina.

In the first session of this participatory process, which will consist of four days aimed at different agents of the city, some 35 people attended, mostly operators of the port of Badalona. The session ended with a dynamization activity in which, through two different groups, participants were able to make their personal contributions to improve the plan and the future of the port to open it even more to the city and turn it into the pole of economic and social development of Barcelonés Norte.