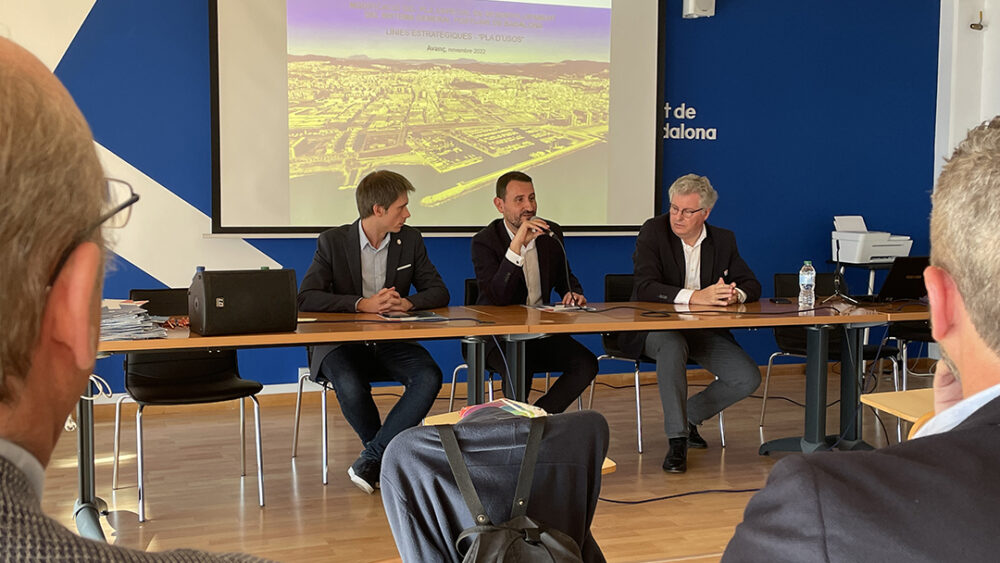 More than 150 people have attended the four information and participation sessions organized by Marina Badalona for operators, neighborhood, economic and social agents and citizens in general. And almost 140 contributions have been received and suggestions to the enabled open mailbox and in the revitalization activities. So about 300 people have been actively interested in the information and citizen participation process on the modification of the Special Development Plan of the city’s general port system, better known as the Special Use Plan, which was launched on November 2

The objective of this participation initiative was to present to the main agents of Badalona the new proposal of the strategic lines of the port and to have the opinion and collaboration of the citizens to make the port facilities a space for everyone. The new Special Plan wants to adapt the uses to the new needs and future of a port that wants to open even more to the city and contribute to promoting the economic and social development of Badalona and of North Barcelones.

The strategic lines of this plan revolve around the creation of a modern, accessible and sustainable port at the service of the city, which is a pole of attraction for knowledge and talent, the development of the Blue Economy and a reference center in sports, tourism and cultural activity. The participatory process has held four information and participation sessions organized between November 8 and 12 in the Nautical Activities Center of Marina Badalona.

The first of the sessions was attended by about forty port operators and the next day there were 30 neighbors and associations who attended the day to learn about the proposal of the port of Badalona and make their contributions. Subsequently, on Thursday 10 it was the turn of the local economic entities, which were very actively involved in offering proposals to improve the port and its surroundings and finally the last of the open sessions it was aimed at citizens, who were able to raise their voices to give suggestions on the new plan of uses. All the days have had an approximate participation of 40 people, totaling more than 150 attendees.

In parallel to all the face-to-face sessions, Marina Badalona enabled the www.plausosportbadalona.com portal in which all the people who have wanted to have made their contribution or suggestion online and that has been open until the 20th november. The objective of those responsible for the port has been to give voice to as many people as possible and expand the points of view collected.

With all these channels open, 136 proposals have been collected through information sessions, dynamization activities and direct participation on the web. The contributions received so far address key concerns for the future of the port such as improving accessibility and the connection with the city, the increase of spaces for public facilities and the practice of water sports or the commitment to training and talent.

All contributions made during the conference and through the website will be taken into account and valued in the final report of the participatory process that will be presented in December, as well as the document of the Special Plan of Uses that is expected to be approved during the first half of 2023.