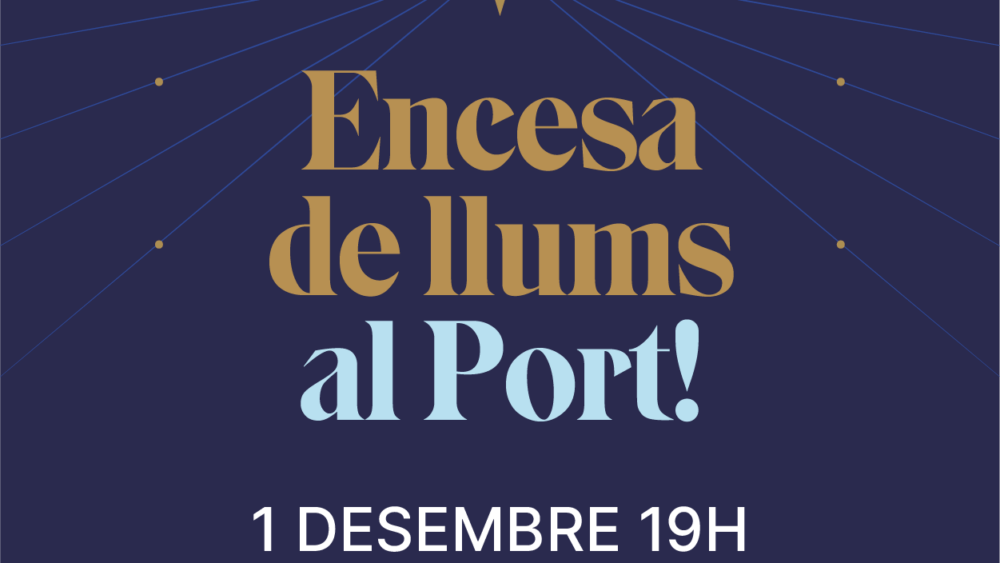 Christmas arrives at Badalona Marina, with the switch-on of the lights

The Port of Badalona begins its Christmas campaign on Thursday, 1 December, with the switch-on of its lights. The initiative, which was launched last year, was very well received by the public and it has been decided to repeat it, going one step further by expanding the number of lights and the lit area to gain impact and quality. With this event, the Christmas festivities are officially welcomed in on Badalona seafront.

The official act of switching on the lights in the port area will take place on 1 December at 7pm and will be attended by the mayor and chair of Marina Badalona, Rubén Guijarro, as well as various city councillors. Entertainment for the official event will be provided by two Christmas-themed musical performances. First, a chamber music trio consisting of Antònia Parapar on cello, Bernat Piqué on violin and Xavier Gràcia on viola, will perform a repertoire of traditional Christmas songs in classical style, while a group made up of Manel Ramon on piano and the voices of Gemma Palahi and Edurne Poulain will sing lighter versions of carols.

The Christmas lights will be on at Badalona Marina from 1 December to Sunday 8 January to provide Christmas spirit to all restaurants in the area. After last year’s success, Marina Badalona has decided to increase the number of lights and, as a new feature this year, all the palm trees in the port will be lit, as well as the main streets and quays.

Marina Badalona encourages all local people and port users – in short, absolutely everyone – to take part in this event, which, the first time it was held in December 2021, was intended to symbolise the coming together once again of the boating community, the port and the city after the pandemic. Everything seems to point to it becoming established as a special date on the calendar every year.